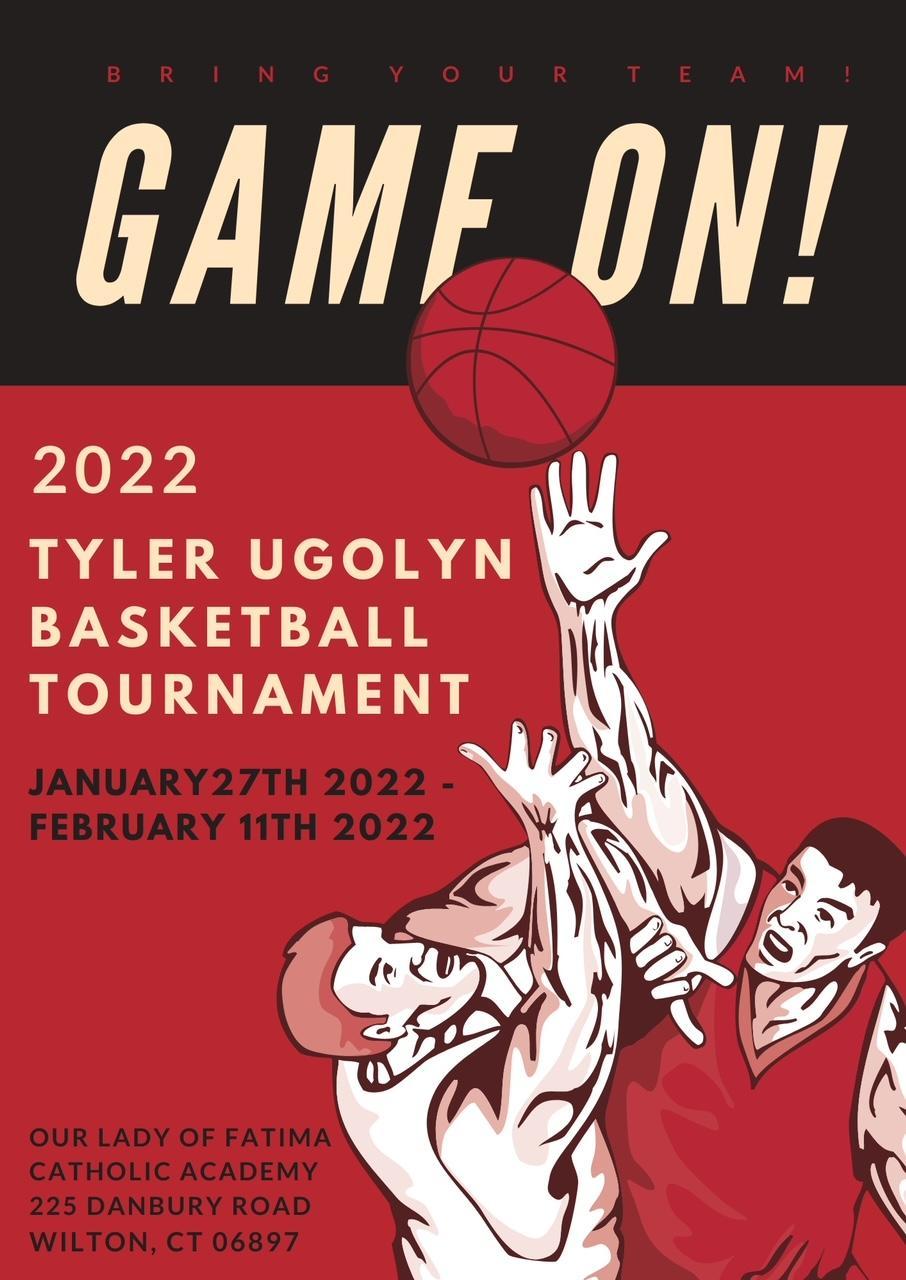 The Tyler Ugolyn Memorial Basketball Tournament is hosted by Fatima each season during two weeks from the end January to start of February. This tournament takes place every day of the two weeks and involves up to 30 different schools.

Fourteen years ago, we renamed our tournament, now in it's 35th year, to the Tyler Ugolyn Memorial Tournament in honor of a 1992 Our Lady of Fatima graduate who was lost on September 11, 2001 while working at the World Trade Center in New York City. Tyler's dedication to basketball, and more importantly, to his faith, was so impressive and resulted in his many achievements as an athlete and as a young man. We honor his memory and hope to instill the attributes of sportsmanship, leadership and faith in all of the children. ​

This is one of the most beloved traditions at the school. The level of camaraderie can be felt from our youngest supporters (pre schoolers) to our Alumni who come back year after year to support and play! It is heartwarming multigenerational event - the Fatima community at one of it's most joyous.

It is a monumental effort and experience, organizing the teams, coaches, schedules, supporters, kitchen, awards, and alumni. The entire Our Lady of Fatima community pitches in, and honestly, it is one of the best parts of the tournament.

We can't wait to see you!

IMPORTANT Informaiton of the TOURNAMENT
We hope this year we can once again enjoy all the events of the tournament, especially the Pep Rally, the Future Falcon Game, Alumni Game, and the Tyler Ugolyn Awards. We will update this page when more information on the schedule and special events of the Jan-Feb 2022 tournament are confirmed.